An event every day that begins at 7:00 pm, happening 2 times 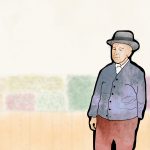 Between 1929 and 1936, nearly two million men and women of Mexican heritage were deported from the United States and repatriated to Mexico. Prompted by the economic downturn of the Great Depression amid wide-spread anti-Mexican sentiment, national repatriation efforts took the form of harassment, brutal raids, government coercion, and abuse, in which anyone who looked Mexican could be targeted by immigration agents and relief workers.  In the end, approximately 60% of those sent “home” to Mexico were American citizens.

While Los Angeles and Detroit were focal points of the deportation frenzy, the small Mexican colonia in St. Paul, Minnesota did not escape the repatriation drives: on November 10, 1932, eighty-six people from sixteen families, or 15 percent of the local Mexican population, were put on a train to the Mexican border.

Set against the framework of these deportations,Tienda tells the story of Luis Garzón, a Mexican musician who immigrated to Minneapolis in 1886 and opened a small Mexican grocery store, or tienda, in St. Paul in the 1920s. While Luis had married an American woman and was fully integrated into Minneapolitan society, his store served as a community hub for the newest arrivals from Mexico, many of whom had fled the Mexican Revolution and now toiled in the sugar beet farms of rural Minnesota.

Shifting between Luis’s shop in the 1930s and his early years in America, Tienda explores the immigrant experience: what must be left behind—and what cannot be forgotten—on the journey to a new home.

The opera is composed by Augsburg Music faculty member Reinaldo Moya and will also include the Augsburg Orchestra & The Augsburg Choir.

If you need any disability-related accommodation to fully participate in this event, please contact University Events at events@augsburg.edu. Please allow for sufficient time to arrange the accommodation.